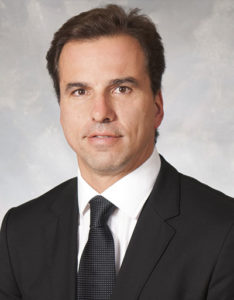 Lawyer (Spain). Solicitor (England & Wales). PhD in International Arbitration (Graduate School of Natural Resources Law, Policy & Management of the University of Dundee). LLM in Shipping Law (Southampton). LLM in International Trade (Barcelona). Diplomat in Company Law (Barcelona). Fellow of the Chartered Institute of Arbitrators (London). He received a scholarship from The British Council and “La Caixa”. In the past, Albert was in-house Counsel of a shipping container line and of a Swiss trading house. He has lived and worked in England, Scotland, Switzerland and Spain. He is committed and dedicated to litigious activity and arbitration. He is also chief editor of the journal Arbitration Watch. He has published five books and a large number of articles. He is mentioned with praise by Chambers & Partners and by Legal 500.

International trade: sale of commodities, vegoils and soft commodities, biofuels, steel and crude. He has been involved in quality disputes and other matters concerning letters of credits, collaterals and securities, distribution and agency, etc. He acts in arbitration at Gafta, Fosfa, ICC, CAIP, RSA, etc.

See all members of